Coronaviruses are promiscuous critters. We know that the several coronaviruses that cause significant human disease passed from bats to other species and then to people. The virus that caused SARS came from a bat that infected a civet that then infected a human who passed it on to other people. MERS was similar—a bat virus infected a camel that spread it to people. There is good evidence that the SARS-CoV2 virus also came from a bat to infect humans, but we are not sure what animal was the intermediate vector.

Usually there is a biological barrier that limits virus spread between species. When viruses do jump between species, it usually is a result of chance mutation that makes a different non-host species a more hospitable home. That doesn’t seem to be the case with many coronaviruses, which seem to jump between species without markedly changing their genome. Notably, early in this pandemic, we realized that humans were spreading the virus to lions and tigers in the Bronx zoo. Since then, there have been increasing reports of pet cats and dogs catching the virus from their owners and even spreading it to other animals. Also there are reports that monkeys, ferrets and hamsters have caught the virus.

Human to animal spread is not confined to zoo and pet mammals. It has devastated mink farming activities around the world as well. Denmark recently announced plans to cull one million mink after finding extensive spread of the virus in several mink farms. Last May, Spain ordered the culling of 93,000 mink at one farm. The Netherlands also undertook a large cull after two, maybe four people, were reported to have caught the virus from infected mink. Several cats that roamed the affected mink farms were also infected, meaning that the virus was spreading between three different species. And on October 9, it was reported that 10,000 mink died at fur farms in Utah and Wisconsin following COVID-19 outbreaks. It was noted that the virus progressed quickly in mink, with most infected animals dying in one day. 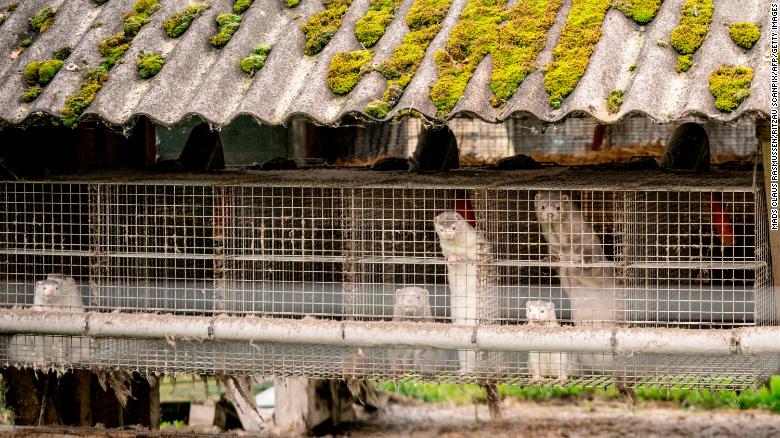 It is unclear why mink seem more susceptible to the virus than other animals, but it is concerning. Similarly, we also do not fully understand why some people, but not other others are highly susceptible to the disease. What would it take for the virus to change and become even more deadly to more humans like it is in mink?

All this suggests that animals that are in very close contact with humans might become a growing reservoir for the virus. So, when a vaccine for humans is available, should we also vaccinate our pets to also give them herd immunity, which would protect them and us? That probably would be easier than trying to make your cat wear a face mask! Experts also are advising people to keep their pets safe by avoiding contact with other people and animals. They even advise to isolate pets from household members who catch the virus.

Another concern is that as viruses pass between animal species, they often acquire new behaviors via genetic drift and rearrangement between different viral genomes. It is believed that a simple mutation increased the ability of CoV-2 to infect human cells. We have found about 500 different coronaviruses in bats alone, while other animals often carry coronaviruses typical to their species. There might be thousands of different coronaviruses out there. When a coronavirus from one species enters a cell from another species that has its own endogenous coronavirus, the viruses can shuffle their genes creating new strains with new capabilities. And when we are talking about viruses infecting an animal, we are talking about billions of virions being produced that are capable of shuffling genomes with endogenous viruses. All it takes is one particularly nasty and overly competitive virion to emerge and find a new host that has not seen it before.

It is relevant here that a new coronavirus that causes gastrointestinal distress in pigs has emerged in China. It is especially lethal to baby pigs, killing 90% of them. It is called swine acute diarrhea syndrome virus, or SADS-CoV and is 98.48% genetically identical to a virus collected from horseshoe bats in China. Research recently published in the Proceedings of the National Academy of Science (PNAS) show that the virus can also infect human cells, but, so far as your humble blogger knows, no human disease has been associated with SADS-CoV. Yet.

Seeing as how coronaviruses readily transmit between different species, I predict that we can expect more novel human coronavirus disease in the future. Hopefully, things we continue to learn about the current CoV-2 virus and COVID-19 disease will translate to more rapid and effective responses to new coronavirus pathogens that are likely to pop up in pigs, people and pets.