SARS-CoV-2 vs Hepatitis C: SpaceX vs NASA: New vs Old

What does hepatitis C have to do with the coronavirus subject of this blog? More to the point, why in the world bring up SpaceX and NASA in a blog on the coronavirus? Let me make a couple of seemingly disparate points and then try to tie them together.

First point: American scientists Harvey J. Alter and Charles M. Rice, and British scientist Michael Houghton were just awarded the Nobel Prize for Medicine or Physiology for the discovery of the hepatitis C virus (HCV). Their work led to new diagnostic and treatment developments for HCV that have saved millions of lives. That research took almost four decades. 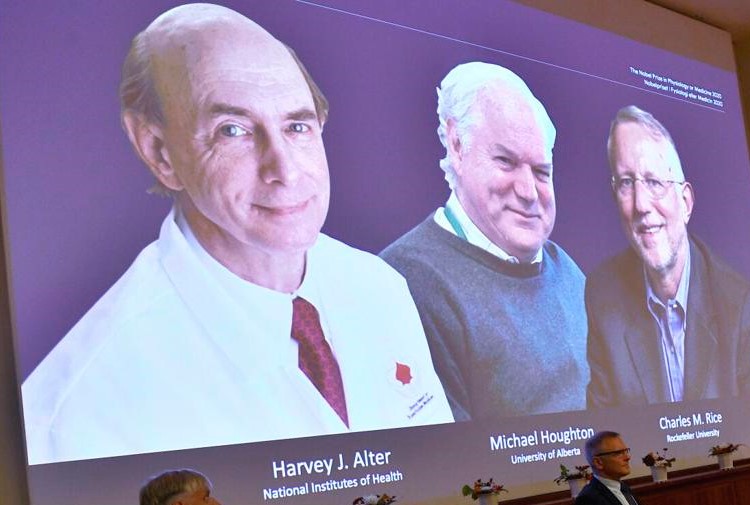 Bringing it all together: The science around the CoV-2 virus and SpaceX represent the new science world that contrasts to the old science world of hepatitis C and NASA, respectively. Make no mistake; the old science was very successful; it led to the Nobel Prize for discovering HCV, and to putting men on the moon and the Hubble space telescope. Those old science accomplishments took decades to achieve and cost billions of dollars. The second point above, comparing SpaceX to NASA, points out how far technology has come in a few years regarding space flight. Just a few weeks ago, many of us saw a SpaceX rocket launch astronauts to the space station. Rather than just letting the rocket that propelled the astronauts’ craft to burn up, it was designed to reenter the atmosphere and land upright in the middle of a bulls-eye, on a small barge just off the coast of Ireland. The great increase in technical capability, along with the great decrease in cost of developing SpaceX is a great testimony to our modern science and technology.

Similarly, new bioscience technology that has led to the rapid identification and treatment of the virus that causes COVID-19 represents our modern “BioX” vs the old standard of molecular biology. The “old biology” (it greatly pains me to describe it that way) was highly successful. It illuminated great things about our microscopic world that have been critical in learning how to deal with our macroscopic world. But the old molecular biology is the “biological NASA” that is being usurped by “BioX.”

Consider the great and significant accomplishments of the three scientists who just won the Nobel Prize for discovering HCV. Decades ago, we knew that two types of viruses caused hepatitis in people exposed to bodily fluids of infected people. The viruses were designated hepatitis viruses A and B. Yet, when blood products destined for patients were screened for both of these viruses, people still contracted hepatitis. It was then well accepted that there was yet another blood-borne pathogen that caused non-A, non-B type hepatitis. And the search for the bug was on.

It took a couple of decades to identify the suspected pathogen as a virus. That happened at the end of 1989. Because of the virus’s peculiarities, we still have not been able to develop a vaccine for it, but a drug cure was approved in 2014. That cure took fifteen years to develop and that was on top of the 20 or so years it took to identify the virus; almost four decades in total.

Compare how long it took to identify the pathogen and develop a treatment for HCV to today’s situation with the novel CoV-2 virus. According to a timeline I posted earlier, in Dec/Jan an unusual flu was discovered in China’s 10th largest city, Wuhan. In just a couple of weeks the virus was isolated and just a few weeks later, we knew its genome sequence. In February, the Chinese began developing the first vaccines. According to the Milken Institute tracker, today 315 treatments for COVID-19 are in development around the world. 199 vaccines also are being developed, 11 of which are in late stage trials and we should have more than one vaccine available in the next 2-5 months. All of this has happened in about a year after the virus was first suspected to exist! That is bioscience working at the speed-of-light, and that is only possible because of what we learned in the “dark ages” of molecular biology.

The age of BioX has turned your humble blogger into a dinosaur.