Since this coronavirus pandemic hit, the phrase “herd immunity” has become common in our lexicon. It refers to a situation when a sufficient number of people have developed immunity to the virus that they cease being viral reservoirs who can spread it to others. The point is that sufficient herd immunity will provide a significant block to further viral spread in the community. It is too dangerous to develop natural herd immunity by natural exposure to the virus; therefore, a vaccine is the best way to ensure herd immunity, but that is a year, probably longer into the future as reported earlier in these pages.

The virus has proven to be highly contagious, more so than your typical seasonal flu. An infected person can be expected to pass the virus to up to four other individuals, whereas the flu is typically spread to only two or fewer others. This, plus lack of immunity is a perfect storm for continued viral spread, and continued morbidity and mortality due to COVID-19, hence the necessity for lockdowns and social isolation to prevent viral spread as much as possible. So, what if there was another way to significantly retard spread of the virus while we wait for a vaccine and herd immunity?

A study just published by University of Cambridge researchers in the Proceedings of the Royal Society A found that widespread mask-wearing can help prevent a resurgence of the virus with less reliance on lockdowns that have proven economically devastating. The study found that if 50 percent or more of the population routinely wore masks, each infected person would on average spread the virus to less than one additional person, reducing the transmission rate by about 75%. That is exactly what herd immunity would hopefully accomplish.

It is important to understand the true value of facemasks. Your typical mask does NOT protect the wearer. Very little of the air a mask wearer breaths is filtered through the fabric. It almost all comes from the sides of the mask and is no different from the air you would breath without a mask. Also, virus in the air can infect through your eyes, which are not protected by a mask. However, masks do a very good job preventing viral laden exhalations, especially from talking and from droplets produced by sneezes and coughs. Thus, the value of masks is in inhibiting spread of virus from infected people, especially from those who do not know they are infected.

A key message from this study to aid the widespread adoption of facemasks would be: ‘my mask protects you, your mask protects me’.

The press and policy makers are correct to note that this is another example of health disparities seen by minority groups in the US. This is an important issue that transcends this coronavirus and has long been recognized and discussed to death. Yet the problem persists.

I won’t add to that discussion here. Rather, I want to point out how these data also illuminate another concern specific to this coronavirus and to the calls to begin returning the country to normal.

It is quite understandable that New York City, with its extremely high population density and being a world center for global travel, would be hard hit by the virus. NYC accounts for almost half of the COVID-19 deaths in the US. Meanwhile, rural areas in New York and across the country are often very lightly hit with the virus. That makes sense. In those rural areas people are automatically socially distanced by living far apart, reducing viral spread. So, why not relax stay-at-home restrictions in these lightly populated areas that have been only minimally affected by the virus? Why not let them go back to work, bars, bingo and bowling leagues?

At this point, we come back to the Navajo Nation. Despite being a rural, low density population that has one of the strictest stay-at-home orders in the country, they are being disproportionately hammered by the virus. This humble blogger submits that the experience of the Navajo Nation should provide a cautionary note to those who think that great swaths of rural America that mostly have not been hard hit with the virus are largely immune to the pandemic. The Navajo Nation shows that even these remote parts of the country can indeed be devastated by the virus. If we open up similar areas around the country, will the virus also devastate them like it has the Navajos?

What is the right choice? Do we keep the country under wraps to prevent spread of the virus, but at great economic expense? Or, do we open things up and keep our fingers crossed that the virus won’t roar back and cause even more economic and medical damage even in relatively untouched parts of the country? I don’t know the answer to this question. I am a simple scientist who is very glad that I don’t have to make this decision. I just want to make sure that the bio-health risks are known. I will leave the economic risk considerations to experts in those fields. Together, we can hopefully present policy makers with a complete picture of the issues on which they can base intelligent decisions.

Pets: An Unexpected Reservoir for CoV-2?

Wednesday, researchers at the University of Wisconsin-Madison reported in the New England Journal of Medicine that domestic cats can spread the coronavirus between themselves. But, they did not show any illness, which is troubling. Without testing how do you know that Fluffy did not consort last night with an infected ne’er-do-well in the neighborhood, or even sniffed some infected bat poop in your back yard or on a walk?

Perhaps that news is not too surprising since we have known for a while the virus seems to easily pass between species. After all, we are pretty sure that the SARS coronavirus that infected humans came from a bat by way of a civet, and that MERS went from a bat to a camel to humans. Then there are the recent reports of 7 large cats in the Bronx zoo catching the virus from a human and showed symptoms of illness. Also, at least two pet cats and one pet dog were given the virus from their human owners.

Is this important? Well, it does suggest that animals that are in very close contact with humans might become a growing reservoir for the virus. Not too many of us have camels that sit on our laps while we binge on Netflix or have a tiger that shares our bed and cuddles with us. Many of us do have dogs and cats with which we enjoy close contact like that.

As the stay at home restrictions seem to have slowed the virus spread and we are beginning to open up, we will likely do so without sufficient “herd immunity” to quell a second or third wave of the pandemic. That means we will approach a semblance of normal activities while the virus remains with us. In turn, relaxed restrictions will likely spread more virus, including to pets and hence back to humans. It is one thing to have a coronavirus reservoir in bats that few of us directly encounter; it is another thing to have a reservoir of the virus in our animal companions.

Another concern is that as viruses pass between animal species, they often acquire new behaviors. We have found about 500 different coronaviruses in bats alone. Other animals often carry other coronaviruses typical to their species. When a coronavirus from one species enters a cell from another species that has its own endogenous coronavirus, the viruses can shuffle their genes creating new strains with new capabilities. And when we are talking about viruses infecting an animal, we are talking about billions of virions being produced that are capable of shuffling genomes with endogenous viruses. All it takes is one particularly nasty and overly competitive virion to emerge and find a new host that has not seen it before.

So, there potentially is a “perfect storm” arising consisting of having poor human herd immunity, a ready reservoir of virus, and a lot of friendly furry factories making viral variants that could prove even more virulent. Yes, this scenario is speculative, but we have seen it happen before and all the pieces seem to be in place. Time will tell.

In a separate statement, the authors of the research paper mentioned above recommended keeping pets away from other animals and even isolating them if someone in the home becomes positive for the virus.

This blogger fully expects a second wave of the pandemic. 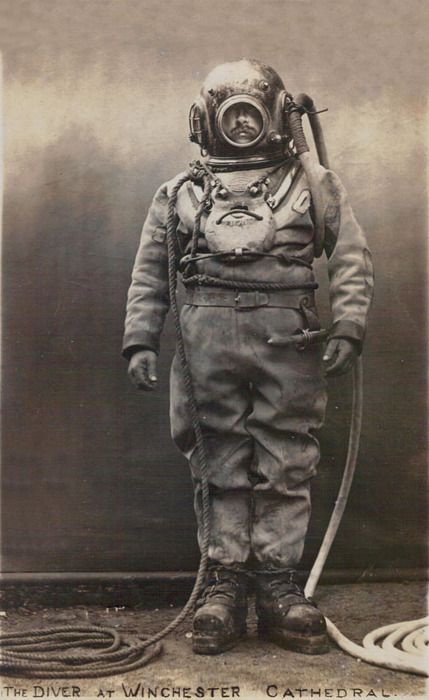 Sacrificing so others can have PPE

This is for anyone who missed what went down at the Braskem petrochemical plant in Marcus Hook, PA. The plant makes polypropylene, a key raw material in the manufacture of PPE. Concerned that workers catching coronavirus might slow down polypropylene, and hence PPE production, 43 volunteer employees moved into the plant on 3/23, with air mattresses and clothing under their arms. They worked alternating 12-hour shifts. In between, they cooked, cleaned, converted offices to bedrooms, and used the gym like it had never been used before. Family members staged a drive-by rally on day 14. All 43 emerged healthy and victorious after 28 days. When interviewed, they said they were just happy to help.

Do we open the country, or do we stay safe? Whose rights triumph?

I have interacted with and read about a LOT of people who want to assert their constitutional rights to free assembly, etc. and do whatever they want to do in the face of this viral pandemic. In my State of Wisconsin, we have had some protests on this, and various talking heads opine about the Governor's restrictions and how they deny people their rights.

But, I know that in Wisconsin, the Governor has temporary extra-legal powers during a crisis and I suspect that many other states also give their guvs similar temporary totalitarian powers in order to deal with crises. We, as a country, have exerted extra-legal government authority many times since the Civil War and courts have not stepped up to prevent emergency measures in any significant way.

Sure it hurts people, but so does disease and war. My right to be protected from you infecting me is as important as your right to go about your business. In times of crisis, rights often conflict and sometimes my rights, or, for example, the right of the military to have shoes to prosecute a war takes precedence over your rights to go to a bar or to buy new shoes (that happened in WWII). THAT is why state constitutions often give guvs temporary totalitarian powers and why courts have not told them they cannot do that.

Conflicting rights are messy and dealing with the mess will always make someone unhappy. That is a given. But, it is flat wrong to say that your right to do whatever you want always trumps my right to remain safe and healthy.